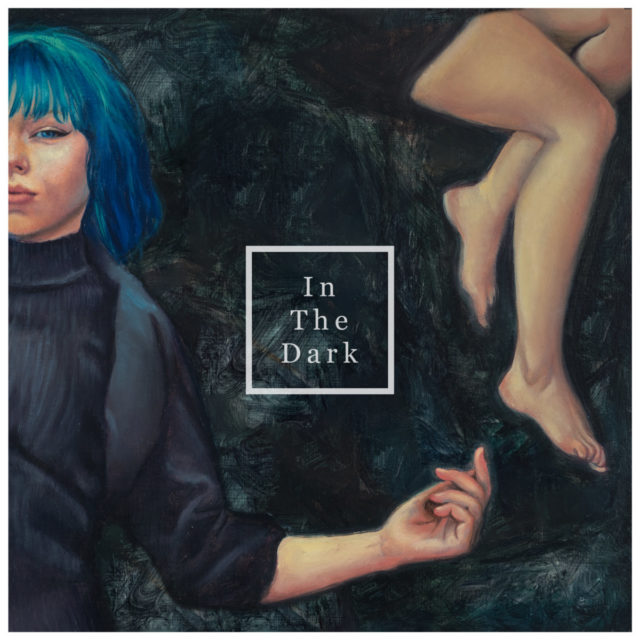 Cover art for Tauri’s single “In the Dark.” | Photo from artist’s Bandcamp.

In the interview, the duo discusses meeting at CalArts and what their programs were like. Orlowski studied in the Music Technology program and discovered her love of live engineering and recording, while Monasterio focused on Composition and Experimental Sound Practices.

The artists also delve into their songwriting process and how it has evolved over time. For their latest single, Orlowski and Monasterio wanted to write a song for artists that explores how it feels to try and define one’s own version of success.

In the interview, Orlowski talks about perfecting the quality of vocals on the track:

I wanted the vocals to sound as good as they possibly could. There were several times we tried to record and I was like “Not yet. That’s not it.” I’ve become a bit of a perfectionist with my vocals.

When we first started releasing music, I had never professionally recorded any of my vocals. I was just using a little USB mic and had never completed a finished, “polished” song — I’m talking mixed, mastered, all of that. So it’s been a learning process and that’s kind of cool cuz people get to watch you evolve and grow as an artist. I just want the vocals on the next song to be better than the last.

Listen to “In the Dark,” below: