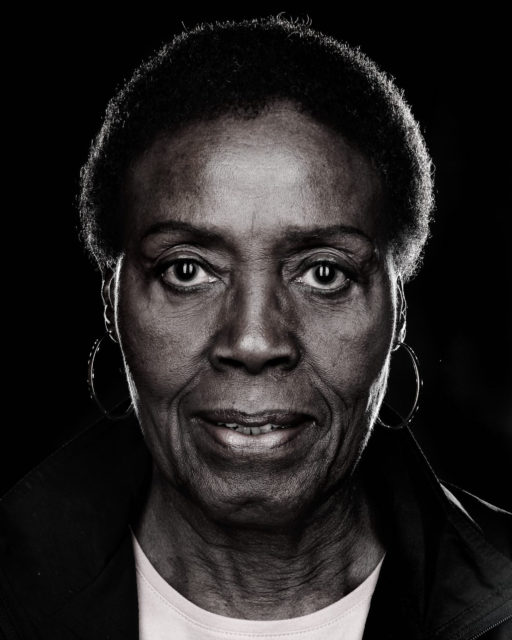 The CalArts community mourns the loss of School of Theater faculty emerita Fran Bennett, who passed away over the weekend. She served the CalArts community for 36 years as Linklater Voice faculty, as well as Head of Acting/Director of Performance from 1996-2003. She retired from full-time teaching at CalArts in 2014.

For those who met Bennett, her booming voice was instantly recognizable. Her looming presence was unforgettable.

In a message sent earlier today to the School of Theater, Dean Travis Preston wrote:

Fran’s voice was unmistakable. She never shied away from using it. And she taught so many throughout the years to find and free their own.

Before there were diversity committees and personnel at CalArts, there was Fran. She unceasingly championed students, artists, and innovators of all backgrounds, and demanded that leaders do more to serve the left out and kept out.

Her King Lear launched the CalArts Center for New Performance. As her director, I was utterly blown away by her fearlessness and ferocity, and it has emboldened me and my work ever since.

Her legacy will live on in the hearts and minds and voices of the countless people she impacted. I will never forget her, and miss her terribly. May we all follow her example – and speak with honesty, grace, strength, and freedom.

Born in 1937, in Malvern, Ark., Bennett earned a BS and an MA from the University of Wisconsin at Madison. Her acting career spanned several decades over stages and screens, beginning on the daytime drama Guiding Light in 1965. Her extensive television credits included Quantum Leap, In the Heat of the Night, Star Trek: The Next Generation, The Book of Daniel and Scandal. In 2019, Bennett starred in Live in Front of a Studio Audience, which reprised Norman Lear’s classic sitcoms, All In The Family and The Jeffersons. She starred as Mother Olivia Jefferson on The Jeffersons episode. Her last film, The Manor, will be released in October as part of Welcome to the Blumhouse’s horror/thriller slate for Amazon Studios.

Bennett also had a significant impact on theater in Los Angeles and beyond. A member of the classical theater company Antaeus, she was also a founding member of Los Angeles Women’s Shakespeare Company’s (LAWSC), an organization that produces professional productions of Shakespeare’s plays with an all-female ensemble. For playing both the Duke of Venice and the Prince of Morocco in LAWSCs The Merchant of Venice, Bennett received the LA Stage Alliance Ovation Award for Featured Actress in a Play.

In addition to receiving an NAACP Theatre Award, Bennett was the first recipient of an AEA/SAG/AFTRA Diversity Honor Award. She was named to the Arkansas Black Hall of Fame, joining poet Maya Angelou and President Bill Clinton, among others. Aug. 7, 2005, was named Fran Bennett Day by the mayor of Malvern, Arkansas.

On social media, former colleagues and students are reminiscing and paying tribute to the actor, teacher, and mentor.

If you’d like to share your stories and memories about Fran Bennett, please add them to the comments section below, or email them to communications@calarts.edu.