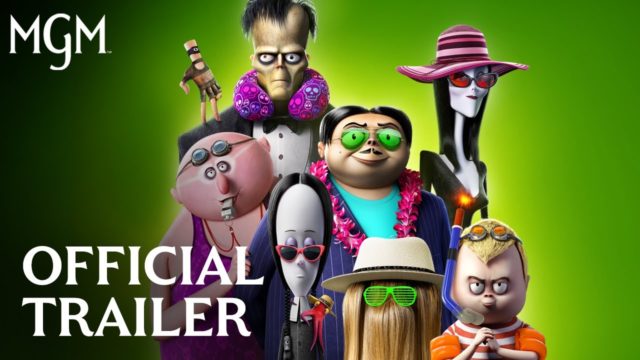 The Addams Family 2, a kookier and spookier follow up to the 2019 animated hit from MGM, Bron Creative, and Cinesite Animation arrives in theaters on Friday, Oct. 1. The film is co-directed by CalArts alum Conrad Vernon (Film/Video 92) and Greg Tiernan.

The sequel thrusts the Addams family characters into new territory. In an attempt to reforge family bonds, parents Morticia and Gomez cram the family into their haunted camper and set off for an adventure across America.

For the first time, the Addams family is taken out of their Victorian home and are seen in iconic locations like Niagara Falls. “The challenge was to exemplify these different locations as beautiful and spot-on as we could while keeping within the design style of our film,” says Vernon in Animation Magazine. “We didn’t want people coming in and saying, ‘That’s not the way the place looks!’”

Check out the music video for “Crazy Family” performed by Megan Thee Stallion, Maluma, and Rock Mafia from The Addams Family 2 official soundtrack.