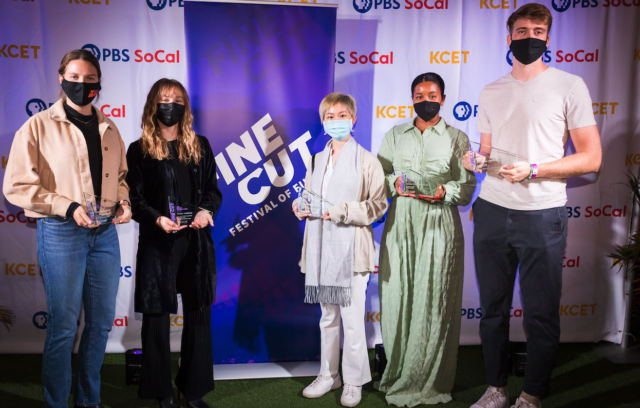 CalArtian Lee Witz (Film/Video BFA 21) has been named the winner of the Animation Award at the 22nd annual FINE CUT Festival of Films for his animated short “Frankie The Hot Dog: Gymnastics Star.”

On Sept. 28, Witz and four other regional student filmmakers were honored at an in-person screening and awards ceremony at The Montalbán Theatre in Hollywood. Other recipients were Claire Jantzen and Sara Rose Nell (Chapman University), Zhijia “Alex” Jiang (University of Southern California), and De’Onna Young-Stephens (University of Southern California). Each of the five winning filmmakers will receive industry mentorships and prize packages valued at up to $12,000.

Most Fine Cut films, including “Frankie the Hot Dog: Gymnastics Star,” are available to view on the official KCET site.