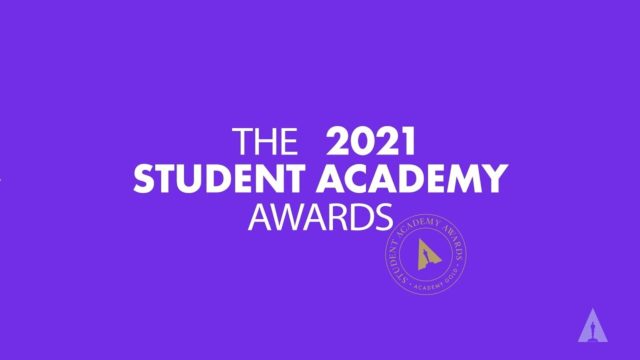 Established in 1972, the Academy’s international student film competition annually recognizes excellence in the categories of animation, documentary, live action narrative, and alternative/experimental. The 2021 medalists were selected from a pool of 1,404 submissions, across 210 domestic and 126 international colleges and universities. Among this year’s presenters was Academy Award-winning director and CalArtian Pete Docter (Film/Video BFA 90), who introduced Kim’s CG short “Unforgotten” as her category’s gold medalist.

Kim’s film weaves together the testimonies of four South Korean women who were forced to become “comfort women,” the sex slaves of the Imperial Japanese Army during World War II. The film shines a light on the atrocious sexual violence that occured in Korea during this period, while employing fairytale-like visuals so as not to perpetuate violent imagery.

“I hope audiences can focus on the will of their resistance, their internal strength, giving their testimonies to the world so that women will never again be sexually sacrificed during wartime,” Kim shared in the virtual ceremony’s live broadcast. “Most importantly, I always try to express the resilient human energy against such injustice because I really believe we can overcome those injustices, or painful memories or sadness, when we briefly visualize it.”

“Winning the Student Academy Award is the most meaningful achievement I can get as a person who studied animation in school,” Kim shared. “I felt frustrated a lot in the process of learning it, but eventually I realized the outcome is always meaningful. I really truly appreciate that the Student Academy Award gave me the gold medal, especially for the most meaningful project for me, which is ‘Unforgotten.’”

Watch the trailer for “Unforgotten” below, and see the full list of 2021 Student Academy Award medalists at Deadline.