Jorge Gutierrez’s (Film/Video MFA 00) grand vision to tell the story of a Mesoamerican warrior princess on a quest to save the world has been unleashed in a nine-episode animated miniseries, Maya and the Three. The series premiered on Netflix on Oct. 22 and has already reached the number one spot on the streaming platform’s “Top 10 in Kids in the U.S. Today” category.

The series follows Maya (Zoe Saldana), the daughter of the King and Queen of Teca Kingdom (voiced respectively by Gutierrez and his wife and collaborator Sandra Equiha), who must enlist a team of warriors to fulfill an ancient prophecy and defeat Lord Mictlan (Alfred Molina), the ruler of the underworld.

Described by the Los Angeles Times as an “animated magnum opus of superlative imagination, detailed craftsmanship, thrilling action and thoughtful, earned pathos,” Maya and the Three was largely inspired by Gutierrez’s childhood explorations of the Museum of Natural History in Mexico City and the strong female influences in his life. 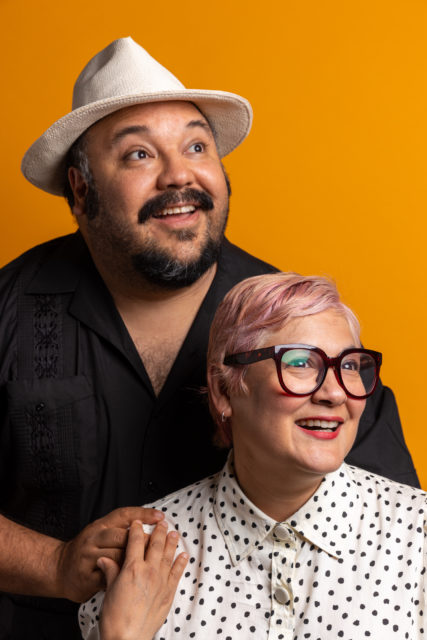 Gutierrez and Equihua are the creators of the beloved Nickelodeon series El Tigre; The Adventures of Manny Rivera (2008), and the Annie Award-winning animated feature film The Book of Life (2014). In 2020, Gutierrez was named the recipient of Variety’s 2020 Creative Impact in Animation Award.

On Oct. 30, Gutierrez and Equihua will be participating in the educational program Calm Mornings, presented by the Academy Museum of Motion Pictures. The program features an interactive animation activity celebrating Día de los Muertos.