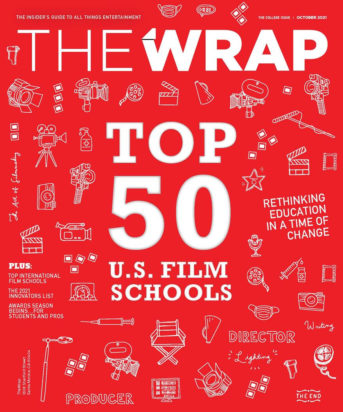 California Institute of the Arts has been selected as one of this year’s top 50 film schools in the US, per entertainment and media business platform TheWrap.

More about CalArts’ ranking in TheWrap:

This year’s rankings were the focus of the latest digital edition of TheWrap’s magazine, in which Star vs. The Forces of Evil creator Daron Nefcy (Film/Video BFA 09) shared her thoughts on the success of the School of Film/Video curricula:

“I think the reason so many alumni are running shows is that all animation students at CalArts have to make their own films every year,” Nefcy said. “Producing a TV show is like making a bunch of mini CalArts films. You graduate with four films and, of course, your final film is much better than the first.”

See the full 2021 ranking on TheWrap, and flip through the digital magazine on Flipdocs.