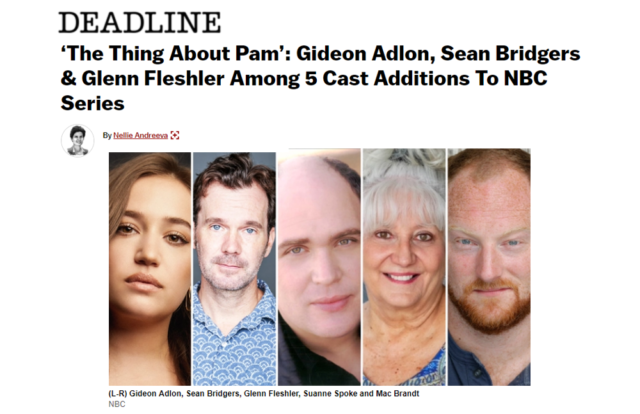 The series is based on the “stranger-than-fiction” story of Betsy Faria, a woman with stage 4 breast cancer found murdered in her Troy, Mo. home in December 2011. The case, which was featured on Dateline NBC and on a Dateline podcast, led to the conviction of Faria’s husband Russ, despite his insistence he did not kill her. An unlikely chain of events led to the conviction being overturned, with all clues leading to a dastardly scheme devised by Faria’s friend Pam Hupp.

Spoke is a two-time Ovation Award-winning actor and producer who has made more than 150 appearances in television, film, and theatrical stages throughout her career. She currently teaches acting in both the Film Directing and Character Animation faculty in the School of Film/Video. Spoke is represented by The Culbertson Group.

The Thing About Pam is currently in production and is produced by NBC News Studios, Blumhouse Television, and Zellweger’s Big Picture Co. Read more about the series on Deadline.