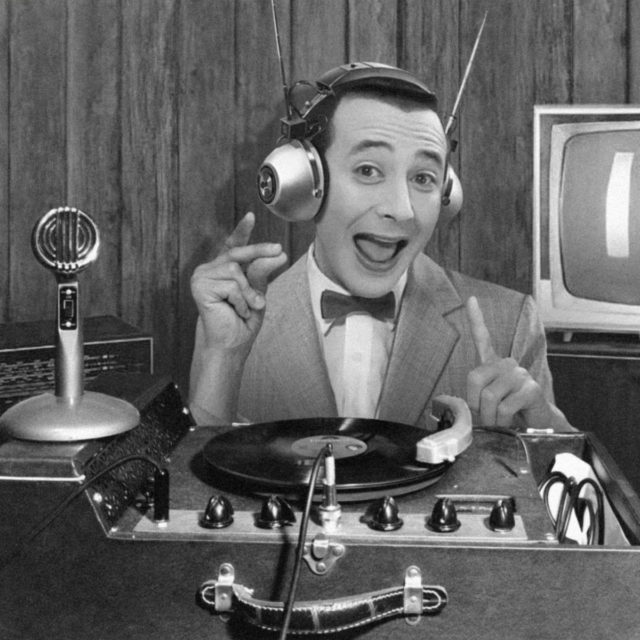 Pee-wee Herman, the famous alter ego of actor-comedian and CalArts alum Paul Reubens (Theater BFA 73), gets his first radio show at KCRW, the behemoth National Public Radio member station based in Santa Monica, Calif. The standalone episode will be broadcast on Friday, Nov. 26 at 6 pm PT and made available on demand for the week following.

Once a cult fav, Herman’s now-iconic Saturday morning TV show Pee-wee’s Playhouse originally ran on CBS-TV from 1986 to 1990. The cast included both human characters as well as puppets and anthropomorphic objects, several of whom will join DJ Pee-wee in the standalone show, including Chairry, Magic Screen, Miss Yvonne, and special guests who are described in the KCRW release as “super famous!”

The Pee-wee as guest DJ project came about as a social media conversation between @peeweeherman and @KCRW.

So grab those transistor radios and tune into the fun DJ Pee-wee has in store for KCRW listeners.