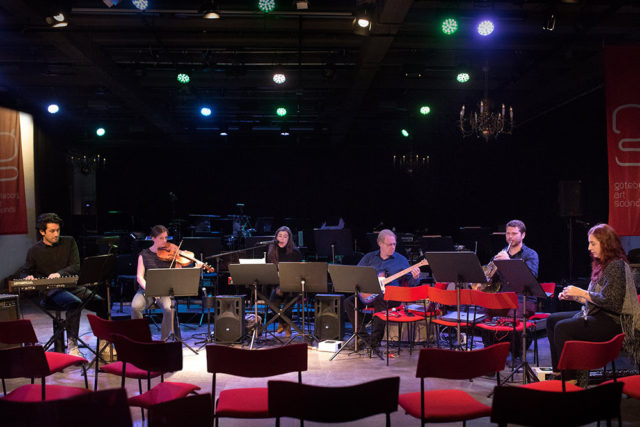 On Friday, Dec. 3, the Dog Star Orchestra presents an evening of experimental music with Green Hour or Gray Future at the Wende Museum in Culver City, Calif.

The orchestra was founded in 2005 by composer and guitarist, Michael Pisaro-Liu, faculty in The Herb Alpert School of Music at CalArts. The ensemble’s work Green Hour or Gray Future is presented as part of the Music at the Wende concert series. More about the event from the Wende’s official website:

A program of experimental music from the United States and Eastern Europe will draw a connection between the near-miss nuclear apocalypse of the Cold War era and the present threat of environmental apocalypse.

Registration is no longer available for the event, per Eventbrite, but information about additional tickets or ways to join the livestream are forthcoming.

Described as “messily exceptional” by the Los Angeles Times, the orchestra is known for advocating the local experimental music scene and performing in venues both off the beaten path and in more traditional spaces. In addition to being an ensemble, Dog Star Orchestra also holds an annual Los Angeles-based namesake summer concert series.