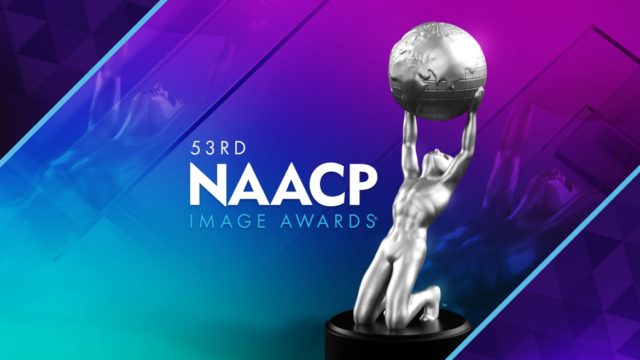 On Tuesday, Jan. 18, nominees for the 53rd NAACP Image Awards were announced, with CalArtians honored across categories.

Established in 1968, the NAACP Image Awards celebrates the achievements of people of color in the arts, including film, television, music, and literature. This latest edition features more than 80 total categories. See the 2022 CalArtian nominees below.

Outstanding Actor in a Comedy Series

Don Cheadle (Theater BFA 86) is nominated for Outstanding Actor in a Comedy Series for his portrayal of ambitious stock broker Maurice “Mo” Monroe on Showtime’s Black Monday, a comedic chronicle of the 31st anniversary of Wall Street’s 1987 stock market crash. A January 2019 TV Line review claimed that Cheadle’s “performance alone makes Black Monday worth watching: Maurice is a force of nature, literally kicking down doors to secure a spot for himself in the rich old white men’s club.” Cheadle was previously nominated in the same category in 2020 and 2021 for his work on Black Monday, and is a three-time NAACP Image Award recipient: Best Directing in a Comedy Series for House of Lies (2016), Best Actor in a Comedy Series for House of Lies (2013) and Best Literary Work, Nonfiction for Not on Our Watch (2008).

Walt Disney Studios’ Raya and the Last Dragon, directed by Carlos López Estrada and Don Hall (Film/Video BFA 95), is nominated in the Outstanding Animated Motion Picture category. Set in the fantastical world of Kumandra, Raya (Kelly Marie Tran) sets out to find the legendary last dragon, thought to be the last of its kind after the dragons sacrificed themselves 500 years ago when an evil spirit overtook the land. When the evil spirit returns in the present day, Raya meets the mythical dragon Sisu (Awkwafina), and they team up to save the world. Fellow CalArtian Dean Wellins (Film/Video 92) is also credited as one of the film’s writers. Raya and the Last Dragon was recently nominated for both Critics Choice and Golden Globe Awards.

Aphton Corbin’s (Film/Video BFA 16) “Twenty Something,” the ninth installment of Pixar Animation Studios’ SparkShort series, is nominated for Outstanding Short-Form. The short follows Gia, a young woman feeling insecure about her transition to adulthood, whose sister takes her to a nightclub to celebrate her 21st birthday. Hilarity ensues as flashbacks featuring Gia at ages one, 10, and 16 work together in their attempts to portray her current self as a genuine grownup. In a September 2021 interview with Animation Magazine, Corbin credited fellow CalArtian animator Lucas Pacheco (Film/Video BFA 16) for “Twenty Something’s” unique 2D style.

Both Waffles + Mochi and We the People are produced by the Obama’s Netflix-based Higher Ground Productions, at which Shamsid-Deen also serves as a creative executive.

Tune in to the NAACP Image Awards telecast on Saturday, Feb. 26, live on BET Networks at 8 pm EST/5 pm PST.