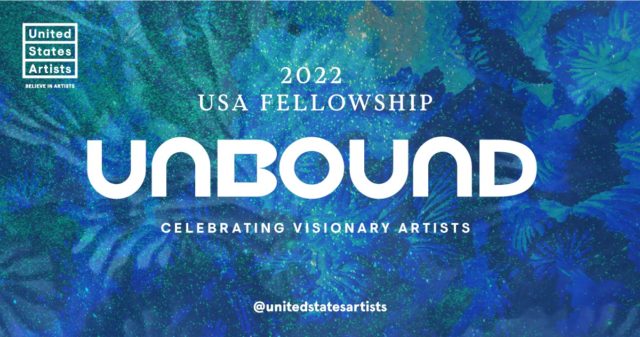 United States Artists, an organization that supports artists and uplifts their essential roles in society, announced the 2022 class of USA Fellows on Tuesday, Jan. 26. Each fellow receives a $50,000 unrestricted cash award and a year of financial planning.

Three CalArts alums were included among the 2022 ranks:

“After another year facing the challenges of the pandemic, artists once again demonstrate their deep commitment to uplifting those around them and nurturing their communities,” noted Lynnette Miranda, program director of United States Artists. “The 2022 USA Fellows were selected for their remarkable artistic vision, their commitment to community – both in their specific communities and their discipline at large – and the potential to influence future
generations.”

Founded in 2006 by the Ford, Rockefeller, Rasmuson, and Prudential Foundations in direct response to the cuts in funding for the National Endowment for the Arts, USA provides unrestricted support to artists working and living in the United States. Since its founding, the organization has awarded more than 750 artists and cultural practitioners with over $36 million of direct support through the USA Fellowship.