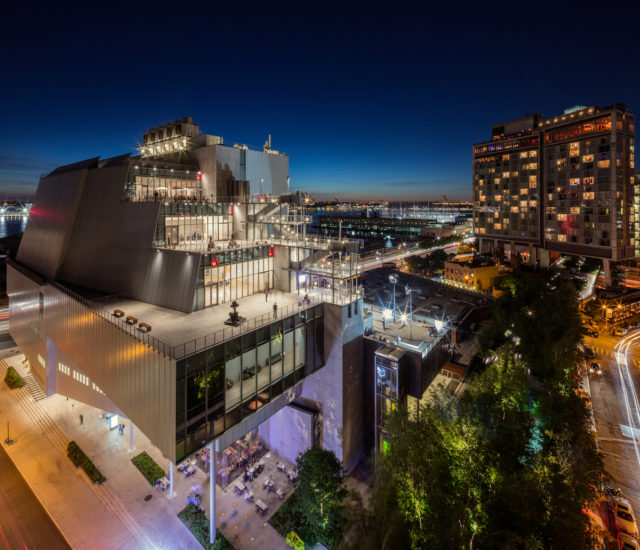 The Whitney Museum announced the participants in the 2022 Biennial on Jan. 24. | Photo: Ben Gancsos

The Whitney Museum of American Art in New York City announced on Tuesday, Jan. 25, the 63 artists and collectives that will participate in the upcoming Whitney Biennial 2022: Quiet as It’s Kept.

Several CalArtians are included in the 80th iteration of a series of annual and biennial exhibitions created by the museum’s founder Gertrude Vanderbilt Whitney in 1932.

Co-organized by two Whitney curators, David Breslin and Adrienne Edwards, the title of the Biennial, Quiet as It’s Kept, refers to a colloquial phrase said prior to something—sometimes obvious—that should be kept secret. The curators were inspired by the ways novelist Toni Morrison, jazz drummer Max Roach, and artist and Chouinard alum David Hammons, have invoked it in their works.

In The New York Times’ coverage of the biennial announcement, writer Siddhartha Mitter notes that the exhibition will lean toward conceptual art, with a focus on Native artists and the border between Mexico and the US.

Of Chacon’s work, he writes:

Chacon, a composer — he took part in the 2017 biennial as a member of the collective Postcommodity — is bringing works that result from 20 years of sonic research. They include graphic scores dedicated to Indigenous women composers, which will be performed, and a recording of a silent standoff between Indigenous women and police during the Standing Rock protests. His video installation, filmed on Navajo, Cherokee and Seminole lands, features women singing in those languages the stories of sites where massacres or removals took place — areas now contested again, for mining or other uses.

During one protest following the killing of George Floyd in 2020, Chacon joined actions to topple the statue of a conquistador in Albuquerque, N.M.; one of his friends was shot by a militia member. “We’ve been through a lot,” Chacon said, adding that he hoped the difficult times encouraged artists to “try different tactics to create work.”

The Times’ story also includes an image of Chacon’s For Carmina Escobar (For Zitkála-Šá), 2018. Escobar is a CalArts alum and currently faculty in The Herb Alpert School of Music at CalArts.